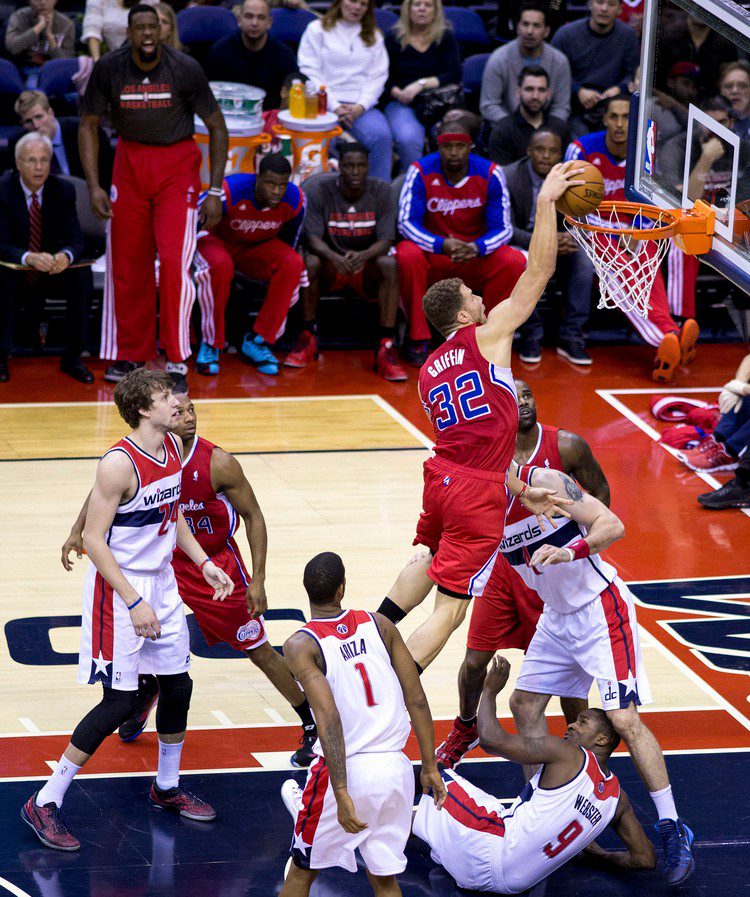 The Baller Mind Frame staff got together and gave their thoughts on the various NBA divisions as part of our NBA Season Preview. Here’s what we think about the Pacific Division.

STEVEN COVELLA: Even with Stephen Curry healthy for 78 games last season, the Golden State Warriors were only 12th in the NBA in offensive efficiency. That’s not bad by any means, but take Curry out of the equation and where would that leave the Warriors? They’re a shadow contender with him and they aren’t even in the conversation without him. Curry has the power to single-handedly sink an opponent, and keeps the Warriors above water otherwise.

Chris Paul is the other tempting pick here, and, for my money, he’s the best point guard in the league. No one is a better floor general/director of traffic/insert metaphor here. Paul is aging, but he still has the quickness to act on the next-level court vision and floor management he plays the game with. The reason he’s not my pick here, though, is because the Clippers are loaded, and the drop-off wouldn’t be quite as significant if you plugged him in for Curry in the rudimentary arithmetic above.

HECTOR DIAZ: Blake Griffin is coming off one of the most productive seasons in Los Angeles Clippers history. The second runner-up in MVP voting, Griffin will look to improve on his 24.1 points per game, a career high. The other starting power forwards in the division, as effective as they are for their respective teams, will find themselves struggling against Blake. In terms of PER, Griffin led all rotation power forwards in the division last season with 23.9. David Lee (19.2) and Markieff Morris (18.4) are not far behind. Griffin will dominate; it’s just a matter of him displaying assertiveness on the bourgeoning Clippers squad.

BRANDON HARRISON: If the Clippers are going to be contenders this year, Blake Griffin has to be the team’s best player. With LeBron James joining forces with Kevin Love and Kyrie Irving, the MVP award opens up for Pretty Red and his improved jumper. When Chris Paul goes down with his yearly injury, Griffin will shine.

COVELLA: After an offseason of flirting with an on-the-table Kevin Love trade, there’s a lot riding on Klay Thompson. Thompson is nice, but c’mon; Love’s star shines as bright as Curry’s, if not moreso. He doesn’t play great defense, but would be nicely offset by Andre Iguodala on the perimeter and Andrew Bogut on the inside. More than that, can you imagine the pick-and-roll possibilities? There wouldn’t be a worse proposition in the league than being the defender tasked with sticking either Curry or Love off the pick.

Alas, it didn’t happen. And because it didn’t a lot of pressure now shifts onto Thompson and the Warriors.

Denying the Love trade because of Thompson’s involvement essentially signed the shooting guard’s 2015 max contract then and there. If someone offers Thompson the max next summer and it’s all of a sudden too much for Golden State, the team will have given up a chance at Love for nothing. Thompson now has all the leverage in the world come summer.

On the court, though, Thompson has the pressure of being that max player. He has a lot of responsibility on both ends of the floor. The Warriors need him to play well off Curry and hit shots on offense, then pick up Curry’s slack defensively. Depending on how well he does it, he could be the best shooting guard in the league (probably not; James Harden’s probably too good, but hey, there’s an outside chance.)

Thompson could be the key to vaulting Golden State from where it finished last year to being a full-blown contender in the West.

DIAZ: The Phoenix Suns backcourt. In a division with two title contenders, no one expected the Phoenix Suns to make an impact last year, but they certainly did with the spike in production from guard Goran Dragic. Dragic played like a top 10 player most of last season and he is still locked into a fairly cheap deal in comparison to his production. They recently re-signed guard Eric Bledsoe to a five-year contract worth $70 million, according to ESPN. The Suns also managed to sign point guard Isaiah Thomas, an absolute free-agent steal, from the in-division Sacramento Kings. On top of that, Goran Dragic’s brother Zoran, who also plays guard, inked a contract with Phoenix. See the pattern? This 2014-2015 Phoenix Suns are stacked with talent at the guard position. It may work well going up against the Splash Brothers and Chris Paul.

HARRISON: Kobe Bryant. Although the black mamba is undeniably in his twilight years, an improved Los Angeles Lakers team could affect the three other winning teams in the division looking to make the playoffs. Is a healthy Kobe worth six more wins in the division?

COVELLA: This kind of has to be the Lakers. The Kings are at risk of stalling or even dropping off, rather than progressing. The Suns surprised last year by almost making the playoffs in a year nearly everyone thought they’d be drafting in the top three. I suppose I’d be moderately surprised if the Suns repeat that success and finish in the nine- to seven-seed range.

The Lakers, though, despite being abysmal last year and losing their second-best player this summer, could actually be decent this season. And it doesn’t even hinge on Kobe Bryant, which is the surprising part. Between Jeremy Lin, Nick Young, Jordan Hill, Carlos Boozer, and Julius Randle, Los Angeles has a serviceable rotation.

Yeesh, can’t believe I just put the first and second part of that last sentence together either.

I can feel you rolling your eyes from here, but that’s why it’d be a surprise. But think about it: the first four are vets who have found success and actually fit together kind of well. Then you have Randle, a skilled bull in the paint on offense. Xavier Henry quietly contributes as a versatile wing and role player. Anything from Bryant (which most likely won’t be much—he’s 36 years old!) would be a bonus. They just might be okay.

DIAZ: The Phoenix Suns. Because of the backcourt depth, the Suns could very well surprise in the Pacific Division. While the opposing starting guards rest, the Suns will have players on the court who would be starters on any other team. In fact, Isaiah Thomas was a starter in Sacramento. Taking away a starter from your divisional opponent and making him your bench player is always a good thing when you’re vying for the No. 1 spot in the division.

HARRISON: Sacramento may not make the playoffs (duh), but the Kings have to be respectable at some point, right? The FIBA World Cup team sported two Kings players (DeMarcus Cousins and Rudy Gay) and new point guard Darren Collison will feed his scorers unlike Isaiah Thomas.

COVELLA: Steve Nash and Kobe Bryant will combine to play 100 games or more, because I’m an optimist. Sometimes.

DIAZ: The Warriors will struggle. Someone will still point out that the Lakers are better than the Clippers because they’ve won sixteen NBA Finals. I kid; that’s a given. With a new head coach in Steve Kerr, the Golden State Warriors will initially have a hard time adjusting to the new offense. After all, it is difficult for a team to improve given the change in management, especially after how great the Splash Brothers were last season. Don’t fret, Warriors fans. They’ll pick it up later in the season and still contend in the division.

HARRISON: The Warriors miss the playoffs. New coach Steve Kerr won’t be able to get past up-and-comers like the Suns and Pelicans after an offseason that could’ve landed the Dubs Kevin Love. A moderate injury to Steph Curry is all it takes.