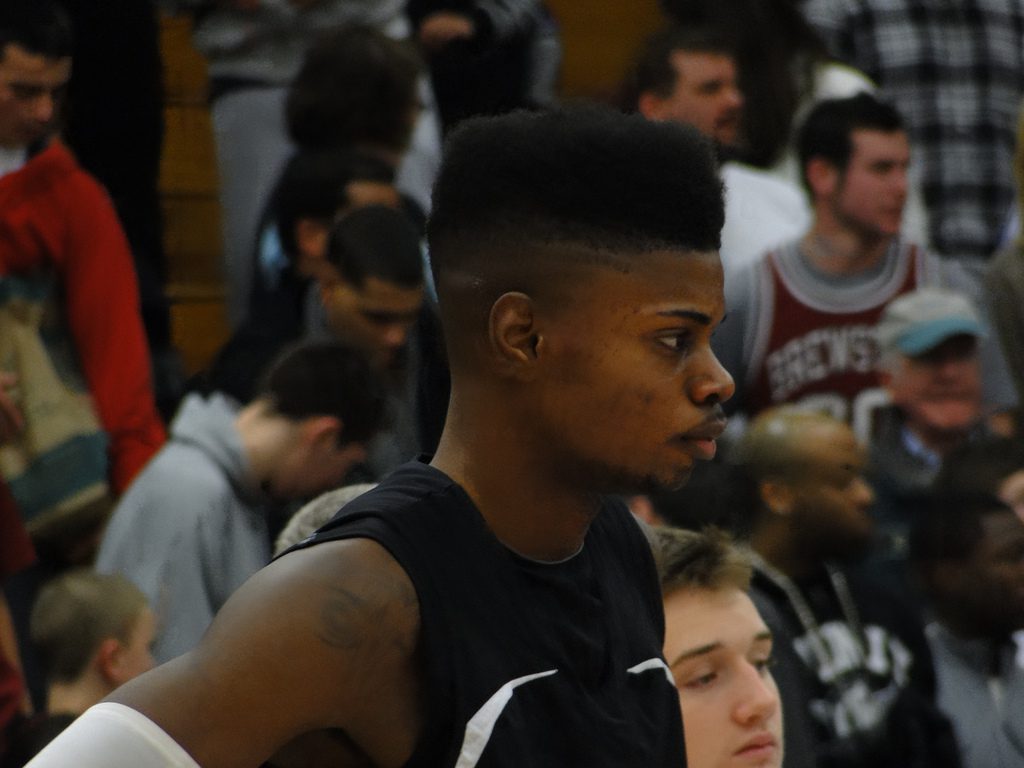 The Philadelphia 76ers aren’t like most NBA squads. Theirs is a team-wide strategy built on sucking, obtaining sweet, sweet commodities, and maybe someday attempting to win (maybe, someday). It’s a bold strategy, Cotton, let’s see if it pays off for them.

Most Important Player: Nerlens Noel
Of course Nerlens Noel’s play isn’t the difference between championship aspirations and basement dweller status for the Philadelphia 76ers, but in the long term (the only way Philly has been thinking for a long time), Nerlens Noel’s play means a lot to the franchise and its fans. If he plays well—no, if he just shows promise, it’ll be a lunging, leaping representation of what the team’s front office is doing and where they’re headed.

Rotations: “Rotations” is a strong word for this team.

What Needs to Go Right: Basically nothing. Which in a sick way is … a good thing? The 76ers have their eyes on Jahlil Okafor, Emmanuel Mudiay, and Kelly Oubre in the 2015 NBA Draft. If you haven’t noticed, this is sort of their thing. The question remains: At what point does Philly stop collecting precious assets at the cost of looking like a team that deserves to be in the league? How many more historically bad seasons before they try to start winning games?

It’s Really Bad If: Any of those precious assets’ values decrease. If Joel Embiid’s recovery from injury doesn’t go well, Nerlens Noel doesn’t show the potential to be an impact player (not likely, more on this later), or MCW takes the already-mentioned hit in production, it’d be a real step back for the rebuild.

Bold Prediction: The 76ers won’t reach the 19 wins they earned in 2013-14. Ironic as it is, they lost a fair amount of production from real-life NBA veterans between last season and the offseason (Spencer Hawes, Thaddeus Young, Lavoy Allen, Evan Turner), and that won’t be offset by the growth of youngsters like Carter-Williams and Hollins Thompson, and by the the addition of Noel and ace defender Luc Richard Mbah a Moute—especially because the latter will likely be flipped.

Michael Carter-Williams
Strengths: Height, length, athleticism.
Weaknesses: Shot 40.5 percent from the field, bad assist/turnover ratio.
Season Prediction: MCW will be traded to a team on the verge of a playoff run this season. Or to a team that doesn’t know what it’s doing (think Sacramento Kings).

Joel Embiid
Strengths: Highly skilled post and face-up player, shot blocking.
Weaknesses: Concerns abound regarding his long-term health.
Season Prediction: If he can be healthy, I’m confident Embiid’s basement is a multiple-time All-Star at center. But that’s a big “if.” We won’t find out this season, as the 76ers will look to protect their asset by giving him the year to recover from injury and add the necessary muscles to his long, broad frame.

Luc Mbah a Moute
Strengths: Defense.
Weaknesses: Things that aren’t defense.
Season Prediction: If the 76ers were one of those NBA teams that tries to win games, Luc would be a perfect match. He brings help to the team’s biggest (which says a lot) weakness: defense. Of course, Philly isn’t concerned with silly stuff like victories. Luc’ll be traded to a team desperate to shore up its D before the playoffs, likely for a second-round pick.

Nerlens Noel
Strengths: Bouncy center, potential to be a top-tier shot blocker.
Weaknesses: Doesn’t create his own offense, weak rebounder.
Season Prediction: Noel will prove to possess a rare and therefore highly valued NBA skill: shot blocking. At the very least, he’s a solid NBA energy guy, and his potential beyond that depends on how his rebounding and offense develops. The boarding has looked highly suspect up to this point, but he could turn into a poor man’s Tyson Chandler as a pick-and-roll finisher.

Jason Richardson
Strengths: Shooting, experience.
Weaknesses: Health, age, oh, and health.
Season Prediction: Richardson’s value to Philly is two-fold: his $6 million+ cap hit helps the 76ers stay over the salary floor, while he’s still too darn unhealthy to contribute to any victories (shucks); a win-win in Philadelphia’s eyes. But if he does manage to stay on the floor (he’s not ancient—he’ll turn 34 in January, and can presumably still knock down open threes), expect the team to showcase him just enough to—you guessed it—flip him for assets.

Henry Sims
Strengths: Size, rebounding off the bench, capable midrange shooter.
Weaknesses: Protecting the rim, finishing inside.
Season Prediction: Sims is a solid player, and probably the last on this list (aside from the injured Joel Embiid) who deserves a real spot on an NBA roster. He won’t set the world on fire, but with his first shot at playing a full season, Sims will show he has the chops to be a solid bench rebounder with the ability to draw centers out of the paint—Sims shot a hair under 42 percent on two-point attempts outside the paint last season, and one miss below 50 percent from the right side.

Alexey Shved
Strengths: Quickness, height, and ability to see the floor.
Weaknesses: Despite his height (listed generously at 6’6″), he’s still pushed around by much shorter guards.
Season Prediction: After coming from a murky backcourt situation with the Minnesota Timberwolves, Shved will finally get a decent chance at showing what he can do in the shot-creation department. The problem is (and has been for the 76ers), there won’t be anyone to convert whatever shots he may be able to create. Shved will already be 26 in December and for the third straight year won’t clear 40 percent shooting from the field or 30 percent from three.

Hollis Thompson
Strengths: Long-range shooting.
Weaknesses: Lacks toughness, can’t create his own shot or for others off the dribble.
Season Prediction: For a very good shooter (40.1 percent from three last season, leading all rookies) on a team without a lot of them, Thompson didn’t shoot very often for a very bad 76ers squad in 2013-14. Expect his output to increase as the dearth on the wings in Philadelphia does.

Elliot Williams
Strengths: Athleticism, size.
Weaknesses: Putting that size and athleticism to good use.
Season Prediction: He’ll continue not to utilize his physical advantages in any positive way. Look for him to keep hoisting shots and keep missing, on his way out of the league.

Tony Wroten
Strengths: Size, ability to play through contact.
Weaknesses: Long-range shooting.
Season Prediction: Wroten is an interesting player who could be out of the league in two years or starting to flash the potential that made him the 25th overall pick in the 2012 NBA Draft. He’ll continue to slash his way to the basket and free-throw line, but watch his shooting percentages from deep. If they can creep towards even mediocrity, his size and potential as a defender would secure himself a place in the league.